Aerodactyl is now starring as a three-star raid boss in Pokemon GO. In order to defeat it, players need to know Aerodactyl's weaknesses and the best counters to use in the raid.

A dual Rock/Flying-type Pokemon, Aerodactyl has an odd typing assigned to it that can sometimes trip players up when it comes to determing its weaknesses.

This article dives into how to defeat Aerodactyl in a raid by using the best counters possible.

How to defeat Aerodactyl in Pokemon GO raids 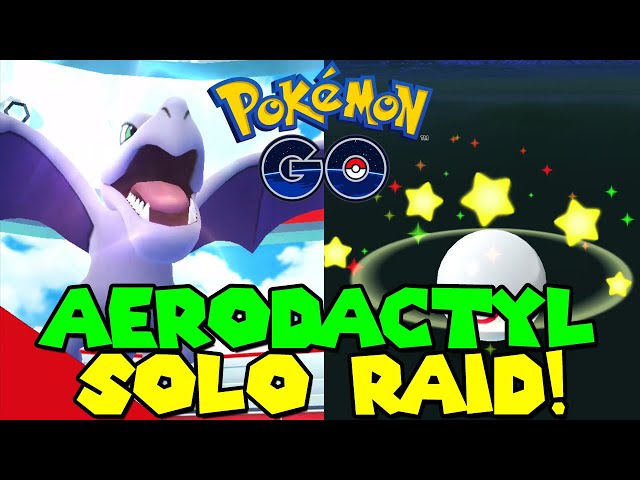 Prior to taking on the Aerodactyl raid boss, Pokemon GO trainers should know which types Aerodactyl is resistant against. As a Rock/Flying-type, Aerodactyl has built-in resistances against these types:

However, Aerodactyl does have some weaknesses in Pokemon GO. Electric, Ice, Rock, Steel, and Water-type Pokemon all stand a better chance in completing this raid successfully.

These are the best counters to use against the three-star Aerodactyl raid boss.

Metagross - this dual Psychic/Steel-type is one of the most versatile Pokemon in the mobile game. Metagross will wreak havoc on Aerodactyl if it uses the attacks Bullet Punch and Meteor Mash.

Kyogre - this Legendary Pokemon will make quick work of the raid boss if it is equipped with the Water-type moves Waterfall and Hydro Pump.

Rampardos - one of the strongest Rock-types in Pokemon GO, Rampardos can take care of Aerodactyl using Smack Down and Rock Slide.

Zekrom - the notoriously powerful Electric/Dragon-type can demolish Aerodactyl in this raid if it has the moves Charge Beam and Wild Charge in its arsenal.

Rhyperior - as a versatile Ground/Rock-type, this giant will perform well in the raid by attacking with Smack Down and Rock Wrecker.

Empoleon - this Pocket Monster takes advantage of two of Aerodactyls' weaknesses. Being a dual Water and Steel-type Pokemon, Empoleon will do best against the raid boss if it knows the moves Metal Claw and Hydro Cannon.

Players who wish to emerge victorious from the three-star Aerodactyl raid should bring several of the above-listed Pokemon with them to the battle. Of course, it's always an awesome idea for a trainer to bring some fellow players with them to the raid to help secure the victory.