Can there be military coup in Nigeria again?

The million-dollar question many are asking on the aftermath of the recent coup in Guinea is: Can there be a military coup in Nigeria again? Recall that on Sunday, September 5, 2021, Alpha Conde, the 83-year-old president of the country, was removed from office by the coupists led by the 41-year-old Colonel Mamady Doumbouya. They cited corruption and bad governance among the reasons that led them to seize power. Many political observers are however of the opinion that the amendment of the Guinean Constitution in 2019 to pave the way for Conde, who was the first democratically elected president of Guinea, to contest the third term, was part of the immediate causes of his forceful removal. He decided to follow in the stead of his predecessor, Lansana Conte – a man Conde fought hard and long to depose – who abolished term and age limits on the presidency in 2001 and died in office in 2008.

A September 8, 2021 Reality Check by the British Broadcasting Corporation news online reported that a study by two US researchers, Jonathan Powell and Clayton Thyne, identified over 200 coups in Africa since the 1950s. About half of these have been successful – defined as lasting more than seven days. Burkina Faso, in West Africa, reportedly has had the most successful coups, with seven and only one failed. Powell says this is not surprising given the instability African countries experienced in the years after independence. “African countries have had conditions common for coups, like poverty and poor economic performance. Ndubuisi Christian Ani from the University of KwaZulu-Natal in South Africa says popular uprisings against long-serving dictators have provided an opportunity for the return of coups in Africa.

According to the BBC map of countries with the highest number of coups in Africa since 1952, Sudan tops the list with 15, followed by Burundi with 11. Ghana and Sierra Leone have had 10 apiece while Comoros Island has had nine. Nigeria, Mali, Guinea Bissau, Benin Republic and Burkina Faso tied at eight each.  Niger Republic and Chad have had seven coups each.

In a September 13, 2021 analysis by an Associate Lecturer at York University, Remi Adekoya, for the CNN, “Why are coups making a comeback in Africa”, the scholar observed that in the early postcolonial decades when coups were rampant, Africa’s coup leaders virtually always offered the same reasons for toppling governments: corruption, mismanagement, poverty. According to the report, the research network Afrobarometer conducted surveys across 19 African countries which showed six in 10 respondents saying corruption is increasing in their country (the figure was 63% in Guinea) while two in three say their governments are doing a poor job fighting it. Furthermore, 72% believe ordinary citizens “risk retaliation or other negative consequences” if they report corruption to the authorities, a sign Africans believe their public institutions are not just partakers in, but also active defenders of corrupt systems.

When it comes to poverty, an already tragic situation has been worsened by the battering Africa’s fragile economies took from the coronavirus pandemic. One in three people are now unemployed in Nigeria, Africa’s largest economy. The same goes for South Africa, the most industrialised African nation. It is now estimated that the number of extremely poor people in sub-Saharan Africa has crossed the 500 million mark, half the population.

One of the key reasons for coups in Africa is “sit-tightism” of political leaders. Many of the leaders have had to tinker with constitutional provisions in order to extend their stay in office. According to a May 17, 2021 African Centre for Strategic Studies report titled, “Circumvention of Term Limits Weakens Governance in Africa”, the think-tank posited that Africa has seen a reversal in term limit norms since 2015 as leaders of 13 countries had evaded or overseen the further weakening of term limit restrictions that had been in place. The countries are: Algeria, Burundi, Chad, Comoros, Côte d’Ivoire and Democratic Republic of the Congo. Others include, Egypt, Guinea, Republic of the Congo, Rwanda, South Sudan, Togo and Uganda.

The report stated further that, “The lack of effective term limits has resulted in Africa having 10 leaders who have ruled for over 20 years and two family dynasties that have been in power for more than 50 years”. In Gabon, there is Bongo dynasty which has been on for 53 years; in Togo, the Eyadema dynasty has been on for 53 years; Equatorial Guinea’s president, Teodoro Obiang, has been in power for 41 years, while Cameroon’s Paul Biya has been in power for 38 years. King Mswati III of Eswatini and President Yoweri Museveni of Uganda have been in power for 34 years each. Before Idris Déby, 68, was assassinated by rebels on April 20, 2021, he was president of Chad for 30 years. Eriteria’s Isaias Afwerk has been in power for 27 years while Denis Sassou Nguesso of Republic of the Congo has been president for 23 years. Djibouti’s Ismail Omar Gwelleh has been leading his country for 21 years likewise King Mohammed VI of Morocco.  Paul Kagame on his part has led Rwanda for 20 years and still counting.

The report went on to state that all eight of the African countries facing civil conflict (excluding insurgencies by militant Islamist groups) are those without term limits and that of the 10 African countries that are the largest source of Africa’s 32 million refugees and internally displaced populations, seven are lacking term limits. These are very instructive!

What is clear is that coups pose a serious threat to the democratic gains African countries have made in recent decades. Worryingly, research shows that many Africans are increasingly ceasing to believe elections can deliver the leaders they want. Surveys conducted by the CNN across 19 African countries in 2019/20 showed just 4 in 10 respondents (42%) now believe elections work well to ensure “MPs reflect voters’ views” and to “enable voters remove non-performing leaders.” In other words, less than half believe elections guarantee representativeness and accountability, key ingredients of functional democracies. Across 11 countries polled regularly since 2008, the belief that elections enable voters to remove non-performing leaders has dropped by 11% points among citizens, according to the survey. It is not that Africans no longer want to choose their leaders via elections, it is simply that many now believe their political systems are gamed.

Fifteen of the 20 countries topping the 2021 Fragile States Index are in Africa, including countries like Cameroon, Central African Republic, Somalia and South Sudan as well as larger nations like Democratic Republic of Congo, Ethiopia (which has been experiencing violent internal conflict for close to a year now) and Nigeria, Africa’s most populous country.

While Nigeria has been fortunate to have six general elections and 22 years of uninterrupted civil rule in this Fourth Republic which started in 1999, it will be presumptuous to think there can never be a coup in the country again. The indices and indicators which led to the first coup on January 15, 1966 are still very much present – corruption, nepotism, violent elections, poverty, unemployment, disunity, and insecurity. The 2020 Global Terrorism Index released by a group called Vision of Humanity says that Nigeria is the third country most impacted by terrorism. Truth be told, Nigerians neither enjoy security or welfare which the 1999 Constitution of the country in section 14 (2)(b) says is the primary purpose of government.

In order to avert another military adventurism into Nigerian politics, it is imperative for the political class to behave themselves and double down on the variables highlighted above as the push factors for military forceful takeover of government. The forthcoming 2023 elections must be significantly better and more credible than all the previous ones. There must be substantial improvement in the citizens’ standard of living and not the cost of living. Corruption must also be significantly reduced in politics and governance. 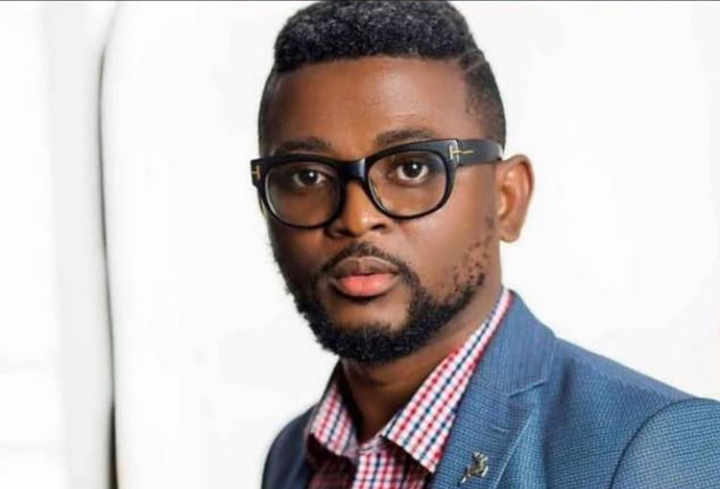